Please patronize our sponsors if you have a need for their services. Their patronage is greatly appreciated. See our website for more information
Hi Everyone,

I hope this finds you all well and warm here in SA.

There is quite a bit of baseball news to bring you all up to date with what all is going on at the Club and at the League.
Lots of changes and happenings.

NEW LOOK GGCD BOARD MEMBERS
At our AGM was held last month, June 17, and new Directors were elected to our Board.
We would like to thank our parting Directors for their many hours and years of volunteering their support to our Club: Mark Shotton, Anne Christensen, Mia Taylor, and Steve Partington.

As you may know by now, our new Chairman is Shaun Evans, and he is also taking on the Grants and Sponsorship portfolio.
He comes to us from the Kensington Baseball Club after many years -from his junior years to playing many years as a Senior player and
being a Cardinal’s Playing Life member. He’s found a new home to love. 😊

Several years ago, Shaun also, coached our Tigers T-ball team for two seasons when his two daughters played.
They now, play netball with the Jaguars -and he coaches their teams as well!

Scott Coxhill has come on board again to take the Administration Director’s portfolio fulfilling the Secretarial role amongst other important Club functions including our Club’s website.
Scott fulfilled this role some years ago for three seasons and now, he’s back.

He has been with our Club a long time – starting as a Junior and now, one of our Senior players.
Coming from playing T-Ball with NEPS and later it’s Umpire Coordinator for a couple NEPS years, he is still with our Club.

FYI – NEPS (North Eastern Primary Schools Association) had up to as many as 800 players in its heyday participating on Saturday mornings at Illyarrie and then,
The Heights School when it got too big to do it all at Illyarrie.
Three time slots were used with 14 diamonds set up at THS and seven for Pee Wee baseball at Illyarrie.

It started in 1977 by Pip Skein’s mum and folded in 2006 due to lack of parent participation to operate its existence.
It was a great feeder for our Club not to mention the canteen revenue it generated for our Club’s early years! T-Ball is crucial to our Club’s continued growth.

Kristen Webb is our new Operations Director and will be looking after all our Club’s teams.
She has played baseball with us for many years and has played for our State Women’s team.

Her whole family has played here over the years from their junior years as well!
A long-time member.

Andy Brown is our new In-House Director taking on the Bar and Canteen portfolio.
He is also new to our Club and coming for his second season of baseball after a hiatus of 25 years.

He is loving our welcoming culture and camaraderie which made him excited to get involved with our community.
Be sure to make yourself known to him.

Gavin Payne continues for another term doing his great job as
Director of Equipment & House and Grounds.

Liv Trembath has moved over from the Grants and Sponsorship portfolio to be
our Director of Fundraising and Social.

Sharee Forrester is continuing her term as our Finance Director looking after
our funds, regos and transfers plus Uniforms.

Please give them all your support where you can.
It will be appreciated.

Both have served our Club with many years of distinguished service with outstanding dedication being a Board member and
more – also as a Committee member before that – volunteering their time to expertly fulfill the needs of our Club.

Thank you so much for sharing your busy life with of our Club.
You will be missed, but always remembered.

NEW COMPETION STRUCTURE & TITLES
The BSA Board has approved the following competition titles to our SABL metropolitan competitions to
provide a clearer reference going into season 2021/22 and thereafter.

This coming season will see all Senior teams – Div 1 thru 8 – play on Saturdays.
They will be called the State League Competition.

The Women’s Divisions – Div 1 thru 3 – will be called the Women’s League Competition.
The WL Div 2 and 3 will continue to play on Friday evenings, while the Div 1 teams will play on Sunday afternoons.

All Juniors will be called the Junior Competition and will play a 17 game season.
11 before Christmas and 6 after starting on 10 October, 2021.
They will all be played on Sundays including the previous Don Rice League.

Scroll down for the answer for admittance 😊…

GGCD UMPIRE COORDINATOR WANTED
This season, the League has asked each Club to appoint an Umpire Coordinator.
Because all Senior teams play on Saturdays, most BUASA Umpires will be assigned to
the upper grades leaving the lower divisions to be done by Club Umpires.
Hence this request.

More than likely, most of the Juniors will continue to be done by Club Umpires,
but the WL Div 1 will probably have a BUASA/League Umpire.

Its unsure if all the Friday WL games will be done by League Umpires at this time.
Maybe a few, but probably not all.

The League is also asking that all Club Umpires be accredited as well as the Umpire Coordinator.
More on this later, but please give it some thought to umpire our Club games and get accredited.
Thank you.

NEW BASEBALL SA BOARD
Last week, July 21, the BSA AGM was to be held at West Beach, but because of the COVID Lockdown, a Zoom Meeting was held in its place.
Sixty- Seven members tuned in for the online meeting.

The new Board Members that were confirmed on the night are
Tony Catt, President,
Nathan Davison, Director of Operations,
Marc Taintey, Director of Finance, and
Michael Dunn, Director of Performance Pathways.
More info about these Board Member can be found on the BSA website.

GGCD DIV ONE SENIOR SQUAD
Darren Roberts, known as DR, continues his role as Div 1 Coach for this coming season and
will be building upon our successes from last season.
Once again, Michael Farr and Darren Jolley will be assisting.

It is proposed that they will play 32 games including 10 Twilights after the Summer break.

Sam Bawden has been appointed our Div 2 Coach as well as continuing to be a Home Run hitter at the plate.
Sam has been playing baseball with us for a few years now after starting out here as a Junior.

We now, have a Pitching Coach! Reed Brown.
We would like to Welcome him back to our Club.
He has recently returned from the states and is excited to join us once again as a Club moving forward.

He first came here as an import player for six seasons from 2009 and
was part of the Div 1 playoff teams for 5 of those 6 seasons.
He also played for the Adelaide Bite for three of those seasons.

Before coming to Adelaide, he played for the Oregon State Beavers and
was a part of the two National Championship teams. Lots of experience.

He met his Aussie wife here, took her away to Seattle for four years and returned with
her and their three cutie daughters to join us again as an Aussie resident! Welcome back!

DR had a meeting with the Senior squad just before COVID shut us down.
It was well attended, and we would like to Welcome our new players to GGCD.
It looks like a promising year ahead for our Club.

Reed attended this meeting also and said that he could instantly see
the chemistry of the players, which really excited him.

However, we will be losing one of our players – Josh Ledgard.
He is leaving us next month to go play College baseball in the states.
After a lot of hard work and effort, he is ‘keen as’ to get there!

He has received a scholarship to Ancilla Marian University located in northern Indiana (Greg Rodgers home state).
He’s not only going there to play Collegiate baseball for the ‘Chargers’, but
also, to further his education at this fully accredited University.
Well done, Josh!

We’re going to miss you but enjoy the ride!
They are gonna love you there!

GGCD JR BASEBALL ACADEMY
Thanks to all who participated in our Junior Academy and to Steve Whitehead for providing such a great program.
It was unfortunate that COVID put us into lockdown and prevented us to complete the last of our six session program at Mega Sports.

It was a far greater turnout than we had expected (52 participants) and
we were elated at the support (18 Coaches) who along the way, made it a great success.

Our Junior Preseason trainings will start on Sunday, 4 September – six weeks before our first game on 10 October.
Training times will be posted as we get closer to start up with weekday trainings from mid-September. Stay tuned.

GGCD SENIOR SQUAD AND WOMEN’S TO FOLLOW AT MEGA COURTS
We have booked Mega Courts for our Senior Squad (7 sessions) and Women’s teams (6 sessions) to
use for their preseason training programs from this week. (Fingers crossed)

They will each, be using one court (18M x 24M) for two hours once a week
from when we are able to resume indoor trainings as soon as Covid restrictions permit.

The Seniors will use it on Thursday evenings and the Women on Friday evenings.
All sessions are from 7pm until 9pm for their sessions.

PROPOSED GGCD INDOOR TRAINING FACILITY!
Our Club will be submitting our grant application shortly for our proposed indoor training facility.
It is our second submission having missed out by a bee’s whisker last time. ☹

This facility will be built in the same area of the existing batting tunnels and BIGGER!
It will be fully enclosed, but with openings to the outdoors for easy access from the exterior.

More on this in upcoming news releases, but it is something to get excited about.
Winter Junior Academies can be held here on site!

Many preseason training sessions can be held here after-hours during preseason and off season.
Heaps of opportunities for its use.

If you know anyone or business who would like to donate to this facility, please let me know (as Sponsorship Coordinator).
It will be greatly appreciated. We will have heaps of wall space to place their name!

ARMCHAIR UMPIRE – WERE YOU ABLE TO EXPLAIN THE RULE?
It’s called when a fly ball is hit with players on First and Second or bases loaded; none or one out.

So, IF there is only a man on First, and even if the fly ball that isn’t caught,
it should only result in one out – just as if it were caught.

BUT the purpose of this rule is to prevent letting it drop and then,
getting multiple force outs at Home or on the bases.

If you knew this, you are allowed in 😊

GGCD COACHES WANTED
Our Club is looking for Expressions of Interest for Coaching our
teams this coming season – Junior, Senior and Womens.

When playing in the field, know what to do before the ball comes to you or
if it does NOT come to you! The best tip of all! 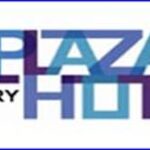 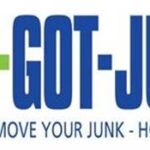 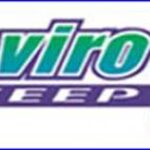 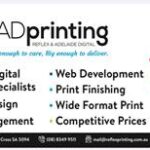 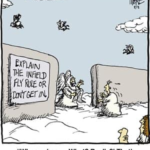 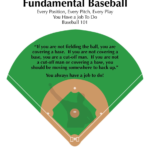